Become a MemberSupport Us A Vision That Prospered

Musical Director Jo Kennedy moved with her family to the South Burnett in 2003. She had trained at the Queensland Conservatorium of Music, and played with leading Australian orchestras. She began to provide private instrumental (strings) tuition and developed a Strings Program at St Mary’s Catholic College.

Jo had a vision to bring orchestral music to the region and to develop the musical talents and experience of local musicians. With some urging from her students, initial meetings with interested parties were held on the balcony of the Carrollee Hotel in Kingaroy. After a few planning sessions, the SBCO was born.

The SBCO was formed on 8th February 2006, with the first rehearsal held on 29th March 2006. Initially, there were only 14 members.

Several concerts were held that year including a “Gala Concert” in Kingaroy Town Hall on Wednesday 29th November. There was also an end of year performance at the Kumbia & District Memorial School of Arts Hall, an event which has been held many times in the years since. Some pieces from those early years are still part of the repertoire for the orchestra and string ensemble, including “Chorale & March from 1812 Overture”, “For the Star of County Down” and “Nobody knows the trouble I’ve seen”.

In the early years, rehearsals were held in the supper room of the Kingaroy Town Hall. Reports indicate that the suppers held with the rehearsal were amazing!

In 2008, the first “Young Orchestra” was formed, to develop less experienced musicians of all ages. This group aimed to give its members a chance to play with other musicians, sometimes for the very first time. Many enjoyed the experience and went on to join the full Orchestra in 2009.

SBCO also had an “Open Orchestra” program in 2013, to encourage new members and younger or less confident players. The newer SBC-YO “Young Orchestra” program commenced in 2019 with support from FRRR and the Red Earth Community Foundation. This ran through 2019, part of 2020 to early 2021 and was relaunched in mid-2021 as the SBC Pop Orchestra.

SBCO has held a number of special themed concerts over the years. These included Starlight Memories (2007), Pirates of the South Burnett (2009), Hollywood (2011), Gangsters & Gals (2013), Medals, Music and Memories (2015), a special 10th Anniversary reunion concert in 2016, And All that Jazz (2017), Armistice Centenary Commemoration (2018) and Heroes and Villains (2019). Several of these concerts were fundraisers, supporting charities such as RACQ Lifeflight, Soldier On and Legacy. SBCO formed a special partnership with some musicians from Chinchilla and the Chinchilla concert band in particularly preparing for the Medals, Music and Memories concert in 2015, and several Chinchilla musicians have continued to play with us.

The SBCO has also brought together a group of singers from across the South Burnett to perform with the orchestra at workshops and concerts in 2018 and 2019. The SBCO Singers have been led by Jane Iszlaub and Julee-Anne Bell and added an amazing extra dimension to the orchestral concerts.

The SBCO string ensemble has also presented concerts all through the SBCO’s history, in many locations and venues in the South Burnett. 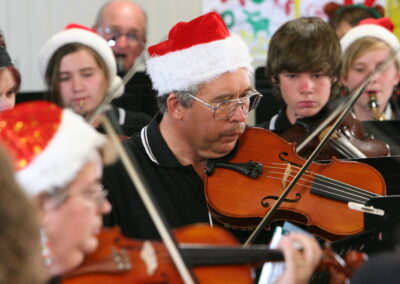 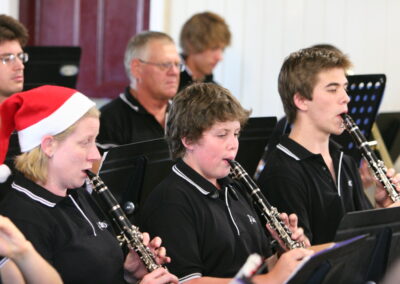 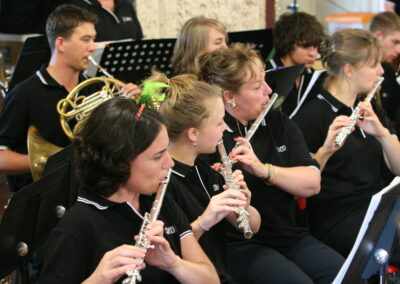 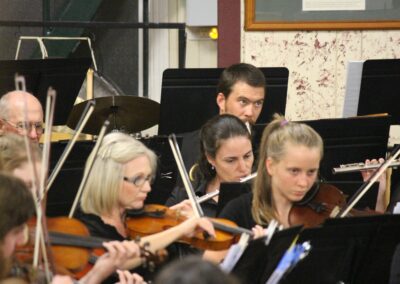 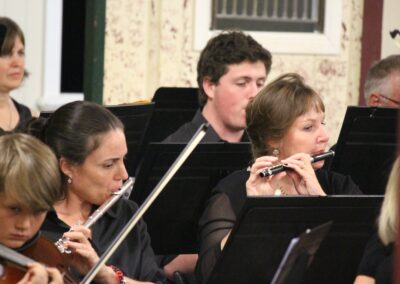 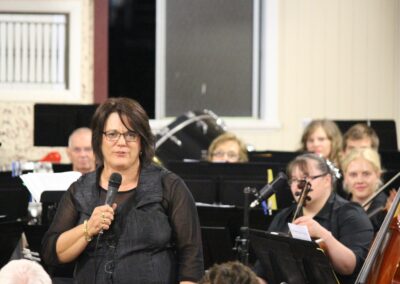 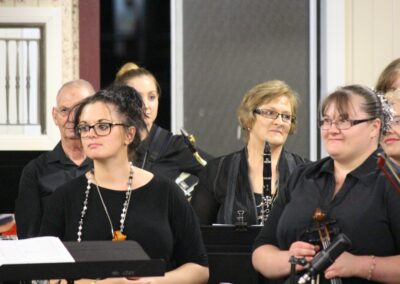 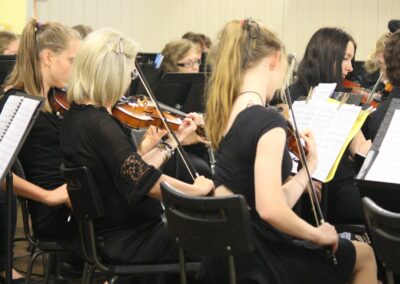 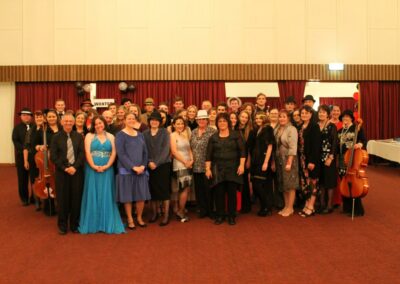 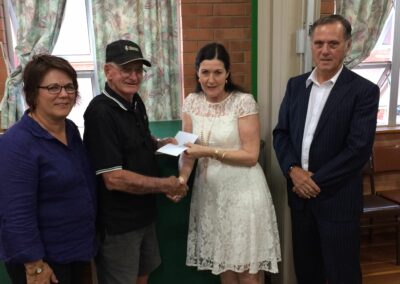 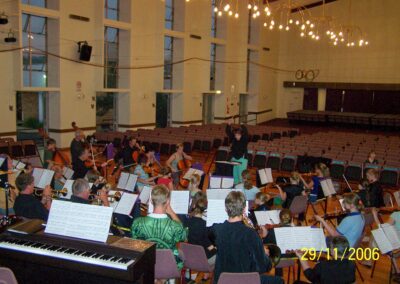 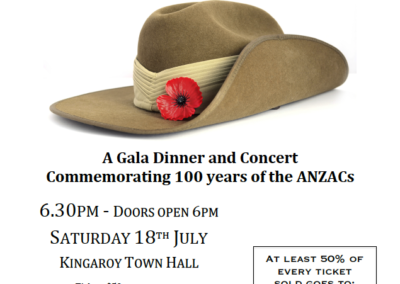 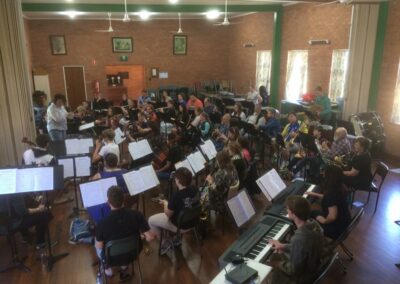 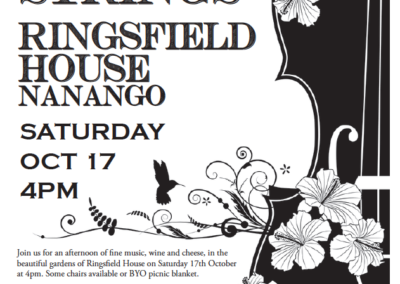 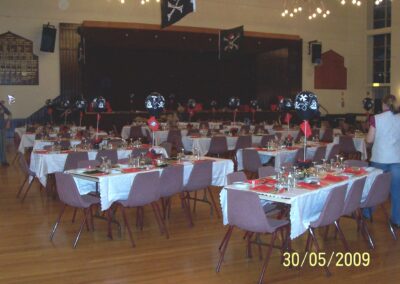 2009 Pirates of the South Burnett

The South Burnett Community Orchestra (SBCO) is a not-for-profit organisation that relies on the generosity of its supporters and sponsors.  Any contribution, small or large is not only gratefully appreciated but very much needed to help us bring the community, and you, the best musical experience possible.

The SBCO represents a meaningful and rewarding opportunity for Corporate Sponsors to actively show your support for, and cultivate such cultural enrichment in the South Burnett.

The SBCO is looking to partner with Business and Community to continue to deliver cultural learning, well-being and entertainment opportunities for our regional musicians and audiences while raising the profile of our business partners.

SBCO invites you to join us as a Sponsor to support our fantastic programs for musicians and music lovers of all ages in the South Burnett. Become a Member or Donate Today!